3DUS in partnership with Riley Animation Studios were invited to create a visualization package for this first of its kind project in Brownsburg, Indiana. The marketing package includes still renderings from the exterior and interior as well as a virtual tour short film.

Union Green will be host to a mix of 172 luxury units, 15,000 square feet of Retail, Class A apartment finishes, multiple fitness spaces, saltwater pool and sun deck, dog park, garage and surface parking, and a “pocket-park” amongst other luxury provisions.

The development will consist of a North and a South building with the pocket park/open green space separating the two. Residents and Retail tenants alike will have access to the pocket park and green space, livening up the park and development in its entirety. Heightening the groundbreaking event was the announcement by Scannell of their first retail tenant to occupy space at Union Green. “Rush on Main”, a Chicago-style eatery, plans to open a second location at Union Green (the first residing in neighboring downtown Zionsville). 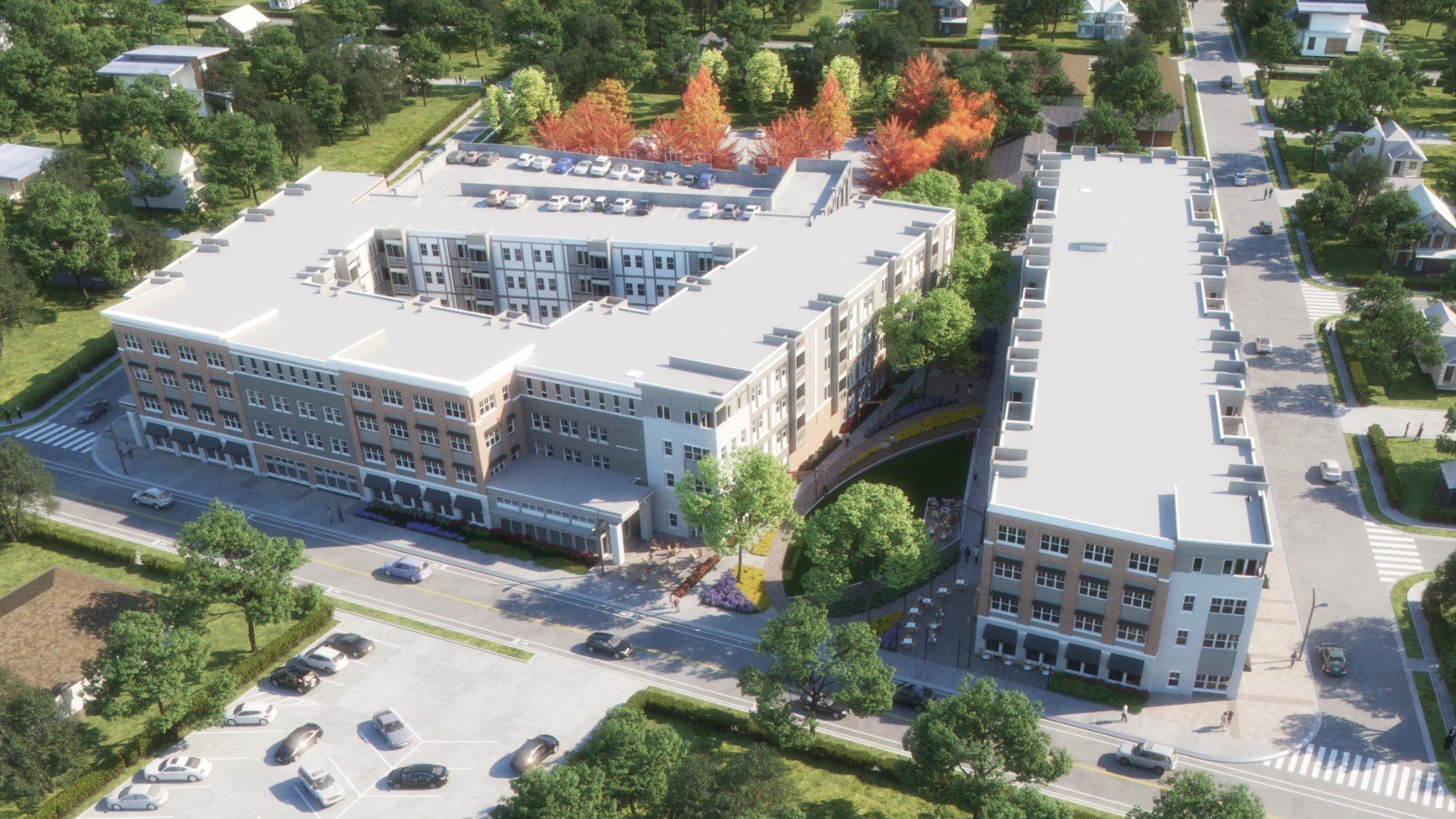 DKGR is the Architect. Property Manager Barrett & Stokely (Indianapolis, IN) will begin operating a leasing office out of the neighboring house early 2018 until Union Green is set to open the first units in the Fall of 2018.

Thank you for reading!